Our Job is to Love

Our Job is to Love

John Swinton writes about love in many forms – God’s love, self-giving love, its role in politics, and the central place it holds in the Christian story.

Thomas Merton once wrote: “Our job is to love others without stopping to inquire whether or not they are worthy.” I like that a lot.

Our job as human beings is not to attempt to determine who is and who is not worthy of love. We are simply asked to love without questions. When we do that, we discover that the very act of loving enables us to see other people as worthy.

Loving others can be hard work and love is not always romantic. We know this from our own loves – raising a child, a long friendship, a marriage, caring for someone who is ill or being cared for. Love takes time, commitment, and a genuine desire to say to other people in all circumstances: “I’m glad that you are here; it’s good that you exist.” Try saying these words to someone today. You’ll like what you discover.

The whole Christian journey is about love. We are loved into existence; loved throughout our lives and we are loved eternally by our heavenly Father who is love. The job of loving relates to how we are with God, with our neighbours, but also with ourselves. Jesus tells us that the greatest commandment is to love God, love our neighbour and ourselves.

Those of us who spend our lives loving and caring for others can easily overlook the importance of loving and caring for ourselves. But you matter, I matter, we all matter. Our job is to bring that beautiful message of love, in all of its dimensions, into a world that desperately needs it. God may be invisible, but people can see God’s love when they see love-at-work in us. Our job is to love others. Sounds like a nice line of work to me?

2. The politics of love

In the UK we have a strange thing called prime minister’s question time. It basically involves two groups of well-educated people shouting at one another across the floor of parliament, in an attempt to discredit the other’s perspective by fair means or foul. It’s a spectacle! But what kind of message does it send out to the millions of people who are watching? What does it tell us about love, community, and healthy conflict resolution?

No one seems to consider what a fantastic opportunity such an event could be in terms of modelling something different. Our politicians could help us to see what it means to engage in meaningful, rigorous dialogue about things that we are passionate about, without the need to disrespect and damage our neighbours, whether that neighbour is in the room or watching in millions of places around the globe. True such an event wouldn’t be quite as newsworthy, but it would do more positive work.

Politics is important. Behind the bluster, bravado and anger on display in PMQs, there are many good people who work hard running our country, striving for a fair, just and compassionate society. All that easily gets lost amidst the shouting.

Paul tells us that love is patient, kind, never envying, never boastful or proud, always honouring others. Love is not self-seeking or easily angered, it keeps no record of wrongs. Love fights against evil and finds great pleasure in truth. Love always protects, always trusts, always hopes, always perseveres. Love never fails (1 Corinthians 13). I think I can see the problem! We are trying to do politics without love. Those of us who worship the God who is love, need to encourage our leaders to remember to love, even their enemies. True, a politics of love seems ridiculous and impractical, but have we ever tried it? Maybe we should?

This morning I was listening to Sinéad O’Connor singing the Phil Coulter song “Scorn not his simplicity.” It reflects on Coulter’s experience with his son who lives with Down’s syndrome. It’s a very beautiful song: honest, poignant, hopeful, sad.

It speaks of a father who looks at his child and sees beauty, challenge, and love:

With the golden hair

Yet eyes that show the emptiness inside

Can we understand just how he feels

Or have we really tried

As he stands alone

Yet they know he's not the same

Scorn not his simplicity

But rather try to love him all the more

Scorn not his simplicity

It’s a kind of lament. It begins with honest words of confusions and concern. It ends with a powerful statement of love: the fact that his son is different from other children makes him love him even more.

The Cambridge dictionary describes the word “scorn” as a strong feeling of disrespect for someone or something that you think is stupid or has no value. We live in a world that values intellect and reason over pretty much everything. If you don’t have the correct level of intelligence, people do indeed scorn you.

But that is not the way of love. “Scorn not his simplicity.” These words crash in from a place that is very different from ours. A place where value is attained not by being clever, but simply by being who we are. A place where every-body is loved, valued, and accepted. A place where no one’s “simplicity” is scorned. A place where difference becomes an opportunity to show greater love. I reckon Jesus would like this song.

4. Love has its speed

In his book titled The Three Mile an Hour God, Japanese theologian Kosuke Koyama reminds us that the average speed at which a human being walks is three miles per hour. Jesus – who is God, who is love - walked at three miles an hour. Love has its speed, and it is slow.

Our society loves speed. We are always moving on to the next thing even before we have finished the things we are doing! Koyama says stop! Slow down. You have to slow down to make space for love.

I learned that lesson many years ago when I worked with people living with profound intellectual disabilities and people living with dementia. If you move too quickly, you miss beautiful things. Have you ever had that experience when you are with someone with advanced dementia, not doing anything, just being there? And then out of the blue, you connect! Maybe only for a few seconds, but that connection reminds you that even amid the changes people are searching for love and connection.

“But how can I find slowness in such a world of speed?” I hear you say. Try this: Stop, take a moment to step back from what you are doing. Think about the person or the task before you. Breathe, take a deep breath and relax. Look again at what you are doing and how you want to do it.

When you take a moment to find slowness, not only will you slow down and focus better on the task in hand, but you might also discover God. God is slow, gentle, loving, kind. It’s sometimes easy to forget that we are called to be the same. 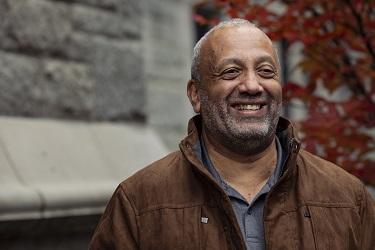 Professor John Swinton is Chair in Divinity and Religious Studies at the University of Aberdeen, and founder of the University’s Centre for Spirituality, Health and Disability. 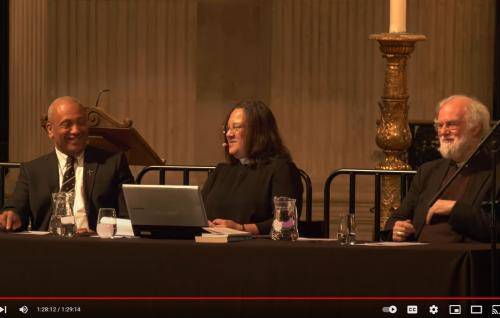 Who am I? Identity, Faith and Being Human

Rowan Williams and John Swinton ask what it means to be a human being. Beginning with the insights that working with people with dementia brings, they explore what identity is, personally, collectively and spiritually.